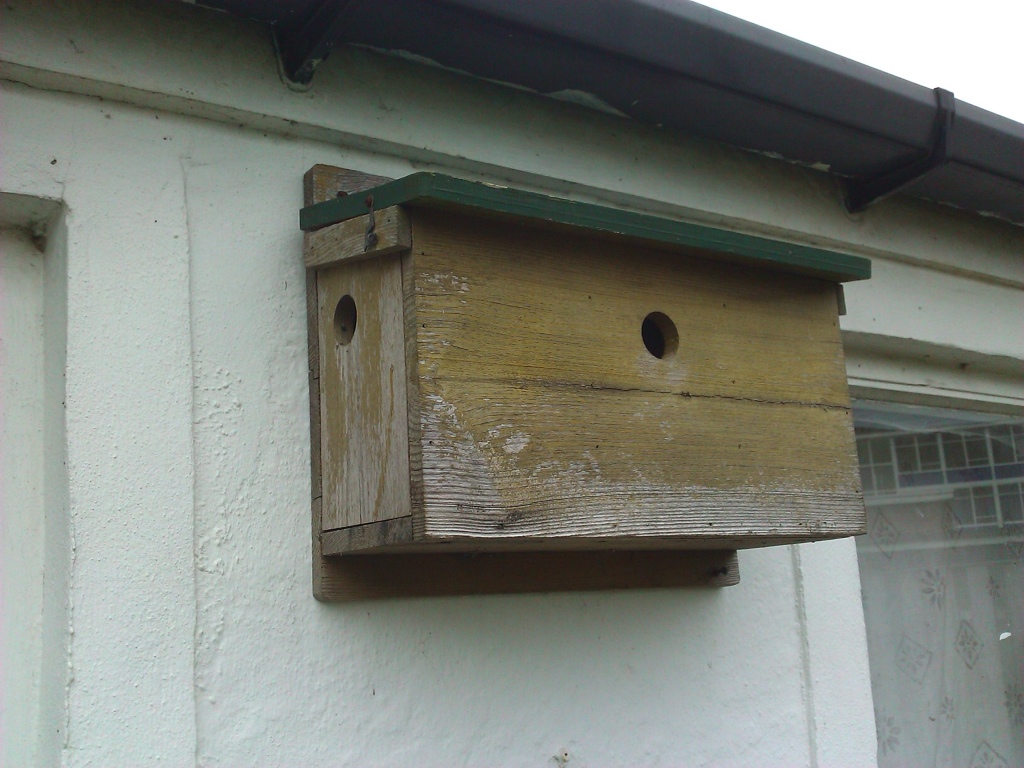 It seems confirmed that the blue tit that was once resident in our camera nestbox has moved. She has been spotted twice over the weekend going into the middle of the three sparrowboxes (pictured) and I assume has made her nest in there, we’ll have to watch out for little chicks. Anne has a theory that the camera box is too near the garage door and we perhaps opened or shut it while she was in. Seems a bit odd that she’s moved from a brand new detached house to an old mid-terrace!

In other Tingleywatch news, we have to report that we have had our first chaffinches into the garden at the front feeders. There was both a male and female so we assume there must be a nest nearby. Also, the starling chicks have just started fledging from their multiple creches and are eating their way through the fat blocks in the feeders very rapidly!