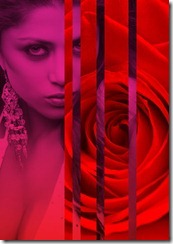 Not quite sure where to start with this review!!

We knew in advance that this very popular and well known opera had been given a bit of a twist by director Daniel Kramer, and turning Seville, Spain in the 19th century to Seville, USA in 1950/60s was on the cards. He had also decided to remove the Spanish ‘softness’ which has been in recent versions, reckoning that it detracts from the story.

The setting, not too sure on, didn’t really add anything to the story, unlike the version of Tosca we saw a couple of years ago which was amazing. However it doesn’t really bother me anymore. Act 1 was spoiled for me by the woman sat next to me who, from the first note, was not impressed with the setting! She huffed and puffed more than the wolf in Three Little Pigs and eventually dragged her husband out after the first Act.

The second act was impressive and enjoyable, until the very final 2 minutes which was so bizarre and detracted totally from the rest of the story, and certainly caused much discussion during the second interval following it.

Act 3 and 4 were superbly done, and the final scene where Carmen gets stabbed by Jose was excellent.

All the main cast were extremely good and so was the orchestra. I felt a bit more ‘umph’ was needed to increase the heat and only came from a very few parts of the very famous score. Carmen played by Heather Shipp was true to character and as rough as can be. One of the highlights of the evening was Anne Sophie Duprels who was in La Boheme and Madame Butterfly we have seen and played Michaela. She is by far the best soprano I have heard live and am looking forward to anything she’s in in the future.

However, an enjoyable, if unconventional evening. The purists would have hated it, those with an open mind left having enjoyed the production. I expect some reviews to be very damning, though the audience (apart from misery guts sat next to me) enjoyed it. Carmen is the sort of opera, like the lead role, that is bigger than what Bizet originally wrote. I applaud companies, like Opera North, who try to explore it in more depth. Just need to reign it in at times chaps!!