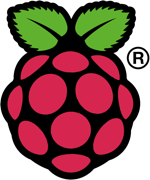 After lots of messing around I eventually got the CUPS server working properly on my Raspberry Pi. The main reason for doing this if you remember is so I can access my two printers from any machine in the house, but without using a server which is on 24/7 costing a fortune in electricity; with cloud computing I don’t need a server for anything else!

After trying the Debian Wheezy beta, and failing as detailed in previous posts, I went back to Debian Squeeze. The versions of CUPS in that was so old I decided not to bother. A little sojourn into Fedora Raspberry Pi Remix was also a waste of time and hardly any required packages were part of the distribution. I had noticed recently talk of Raspbian, a build of Debian, but one which used the specifications of the Pi to their potential. Although a release is a few days away still, there are some builds created by some people on the site (www.raspbian.org) which can be downloaded; I chose one called Pisces.

The installed very quickly, and immediately the speed increase on other distributions was noticeable. These were the steps I took to get CUPS working for my HP LaserJet P1005 and Epson Stylus Photo R200, and accessible on Ubuntu, MacOSX and Windows.