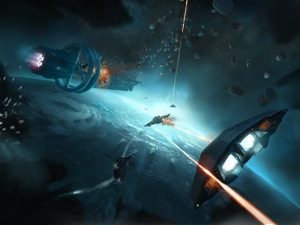 As an update to the Kickstarter project to get Elite: Dangerous into production, David Braben has released a very interesting video into how procedural generation enabled the original Elite to be so comprehensive while fitting in such small memory, and also how he intends to use it to make Elite: Dangerous stand out from the crowd in the 21st Century.

If you haven’t pledged yet, use the banner to the left of the front page!