We planned a weekend in Lancaster around seeing Stacey Kent at the new Platform venue in Morecambe. We stayed at the excellent Lancaster House Hotel situated on the A6 just south of Lancaster. We took advantage of a deal which included tours at Lancaster Brrewery and Lancaster Castle, and a bottle of Lancaster ale and cider on arrival. We were in a Junior Suite which was nice and large, and quiet even with there being a wedding on Saturday.

On the Saturday we visited the Brewery, which is quite small only serving 4 pubs and bottled beers to a few local places, but we purchased a bit for a souvenir – good quality stuff. We’d been to the Castle before the last time we visited Lancaster but enjoyed the tour again. As it is a working court, a tour is mandatory but is interesting and gives you time in each section to explore yourself as well.

The Platform in Morecambe is housed in the old railway station just opposite the Midland Hotel. All trains used to terminate here, just across the road from the sea, before a newer and smaller station was build a little further inland. When we last visited Morecambe the old station just housed the tourist information but the main platform has been converted into a multi-purpose venue. In fact, it just seemed like you were sat on in the station before going to catch a train. Stacey Kent and her band were excellent as always and we had a wonderfully relaxing time.

Anne had picked up a leaflet about Carnforth Station. Carnforth is a little town just north of Lancaster on the A6, but is very famous in that it’s station was the setting for the station in Brief Encounters. A heritage project has renovated this part of the station into an exhibition about steam, the filming of Brief Encounters and more importantly the famous refreshment rooms. We got ourselves into a little room which was the station master’s room, with a big coal fire. Could have stayed their all day!

On some of the photos below, you will see Tenby, a little bear who seems to be now a little ‘good luck’ charm and goes on any overnight stay we go on. He decided he wanted to take a part in Brief Encounters!! 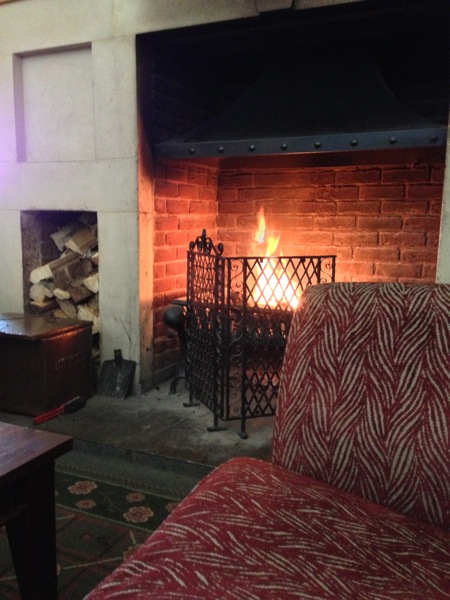 Roaring log fire in reception in the Lancaster House Hotel 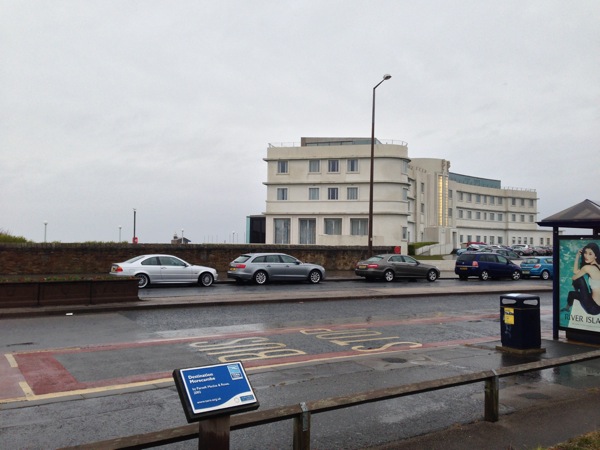 Midland Hotel in Morecambe, opposite the Platform venue 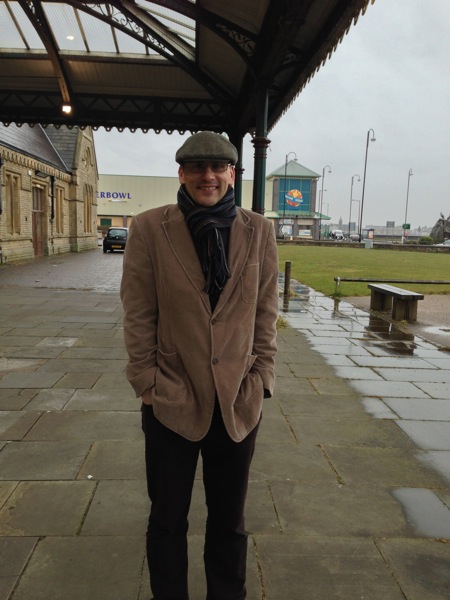 Outside the platform – Yorkshire invading Lancashire with the formal uniform of flat cap and muffler! 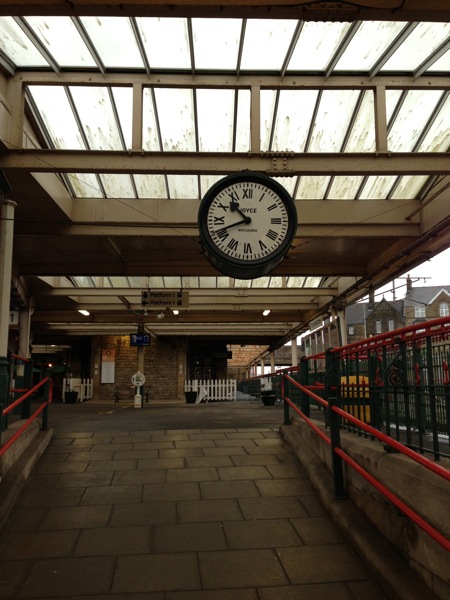 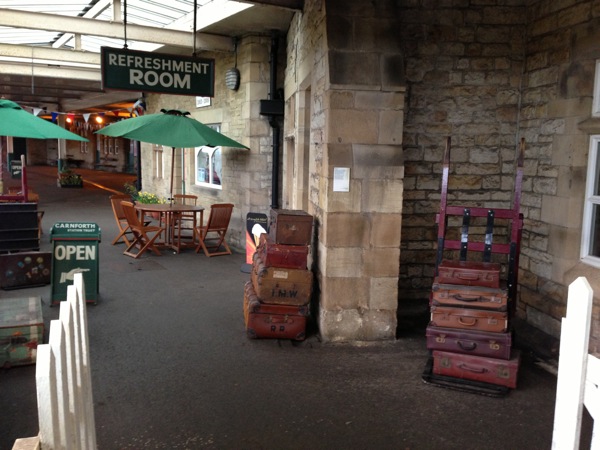 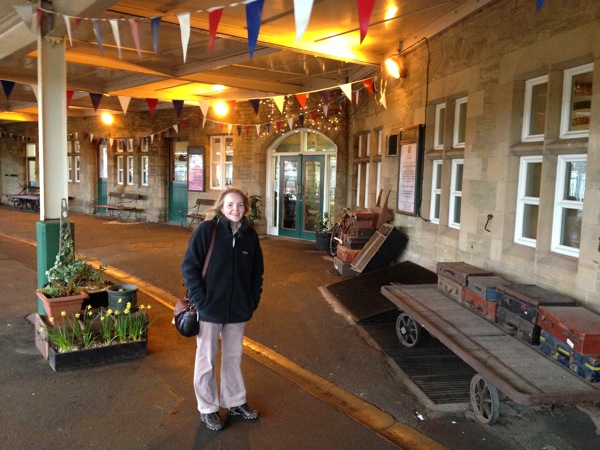 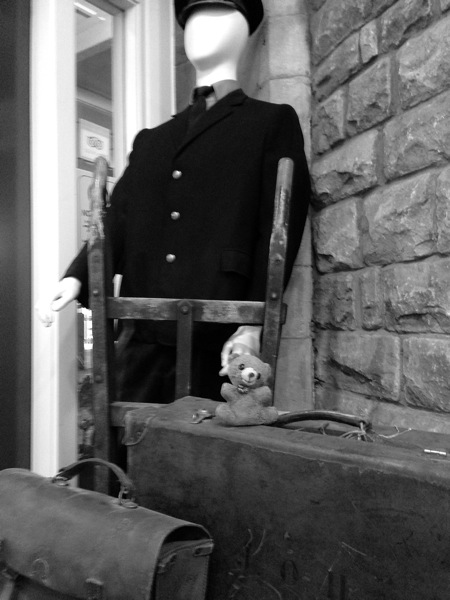 Old photo of one of Tenby’s relatives, ready for a journey. 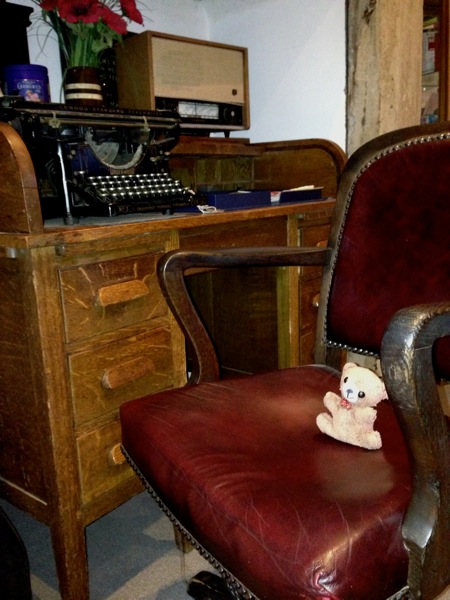 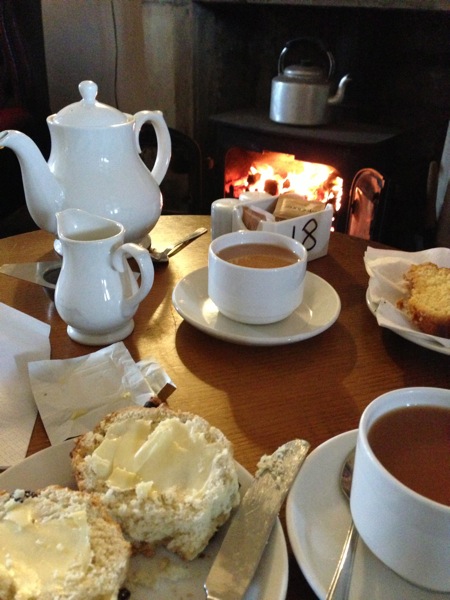 What a venue for a morning pot of tea!! 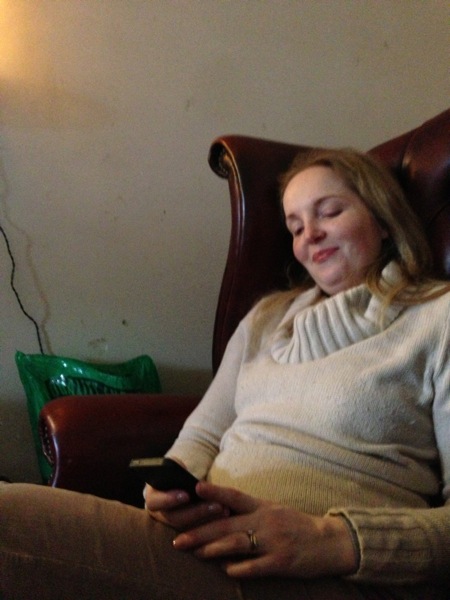 Anne was intent on staying in that chair all day!