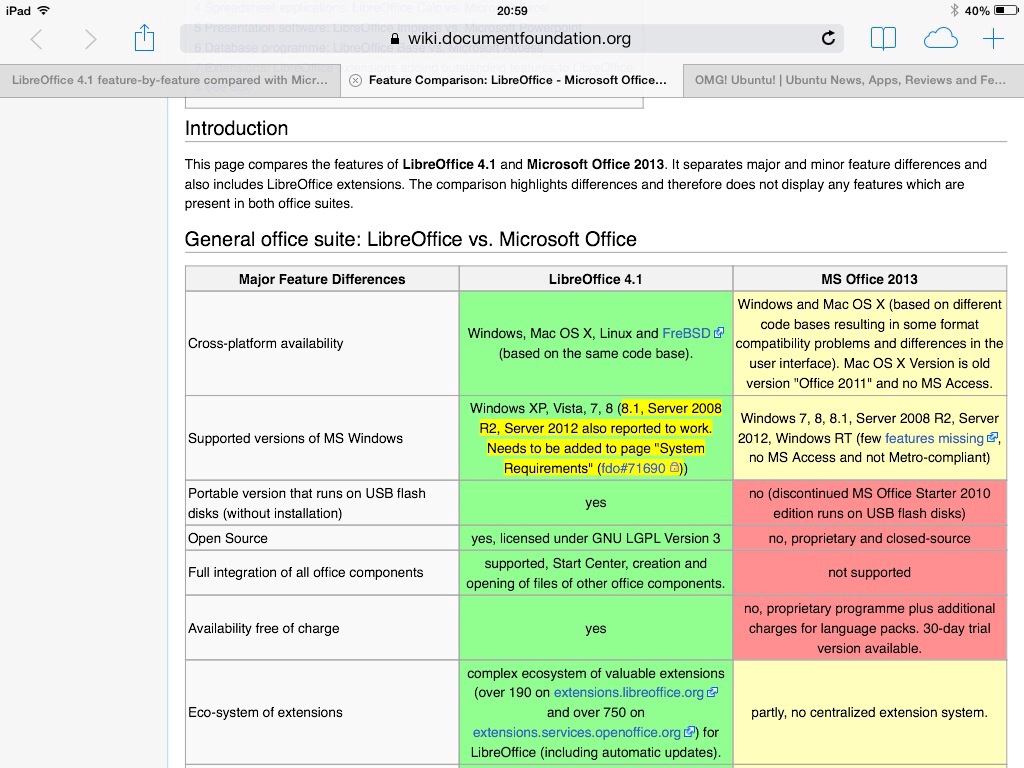 Libreoffice is a fork of the more well-known OpenOffice. OpenOffice was taken over by Oracle, leading to the problem that it might not be truly open source. It was then taken over by the Apache project, but in that time most Linux distributions had moved to the Document Foundation's Libreoffice, and it is widely considered to have forged ahead in terms of usability and features. Multi-national corporations and public organisations have made the switch to Libreoffice.

The icons of the Libreoffice project

Libreoffice is a very viable alternative to Microsoft Office, and in a lot of ways is superior. Office does have the ribbon interface and direct links to the Microsoft SkyDrive cloud storage (though painfully slow), however it does seem like it has become very clunky and over-worked. The interface of Libreoffice is simple, and actually a bit old-fashioned, but it is fast, and is really well endowed with features. It is available on Windows, OSX and Linux so sharing files between different people is no issue, and the file formats are fully open.

The Document Foundation have created a very objective list of comparison to Microsoft Office 2013, and considering Libreoffice is free, it is an extremely viable alternative to Microsoft for all but the power user or those who have third party software that relies on it.