Home » Tech » Linux for my netbook

Linux for my netbook 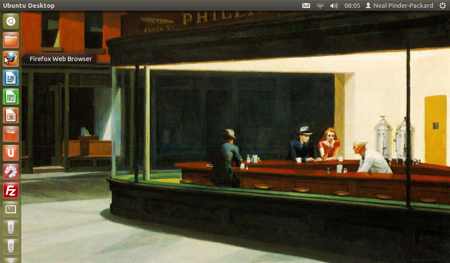 Our little Acer netbook has seen little use over the last few months. It was running Win 7, rather slowly so I thought I’d put on the consumer preview of Win 8. Even though I think Microsoft’s model of hitting every user with a touch interface even though virtually everybody using it doesn’t use a touch interface is slightly mad, I wondered if it would make the netbook more responsive than it is now. This would have been OK, apart from once installed, the metro UI does not support a screen size of 1024×600, which makes most of the new interface totally useless. It was more responsive though!

So, I put my mind back to linux, the free unix based OS with lots of different flavours (distros). I’d used the most popular, Ubuntu (www.ubuntu.com) for a while but even found that clunky on the netbook, and the Unity interface which polarised opinion of Ubuntu was not helpful on such a small screen. So I tried the old faithful Fedora (www.fedoraproject.org) based on the enterprise Redhat distro.

I’d not used this for a few versions so I thought I’d give it a go. Fedora have put in the new Gnome 3 desktop which is a million times better than the old-looking Gnome 2. Once I’d got everything I wanted installed I was rather impressed. I liked the Gnome 3 way of working which was a simple menu in the top left hand corner to bring up the search or favourites bar for Apps and it seemed quite responsive. My only issues were that the software centre for installing new software from packages was very poor compared with Ubuntu, and what turned out to be a show-stopper, the wireless network died after so long and internet access wasn’t possible without a restart. Needless to say this is a situation which I assume isn’t usual on the distro, but it must be an incompatibility on some of the hardware on the netbook.

Anyway, I then thought back to Ubuntu, the new 12.04LTS release had just come out at the end of April so I created the live USB and gave it a go. Firstly the responsiveness has been improved significantly. Also the controversial launcher bar’s behaviour is now configurable. On the small screen size it is now good that I can reduce the icon size down to 32, and it can remain in place rather than disappear, and annoyingly reappear when moving the cursor to the left of the screen when you don’t want it. If I wanted, I could now set it to disappear, but only with the cursor going to a designated hotspot.

So, it seems like Ubuntu has re-won my favour for a while, though I will be having a go at a live Fedora 17 USB when it’s released at the end of May. To quote Dr Sheldon Cooper, “Ubuntu is really my favourite linux distro!”