What a very sad way of starting the day hearing about the loss of Steve Jobs. In the coming decades he will be remembered as being the genius who moved technology in the world further forward than anybody else. Forget so-called celebrities, Steve Jobs was a genius of a man who has really changed the world. As the Star Trek team put on their Facebook page, his impact helped us to realize the 23rd century sooner than we thought possible. 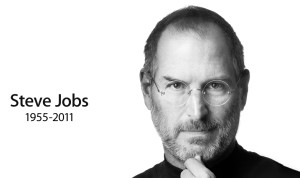