Home » Days out » The Flying Scotsman

Thomas was really pestering me to go up to York to see The Flying Scotsman before it leaves again in July. We took the car down to the Elland Road (boooo!) Park and Ride and took a bus into Leeds to start our journey. 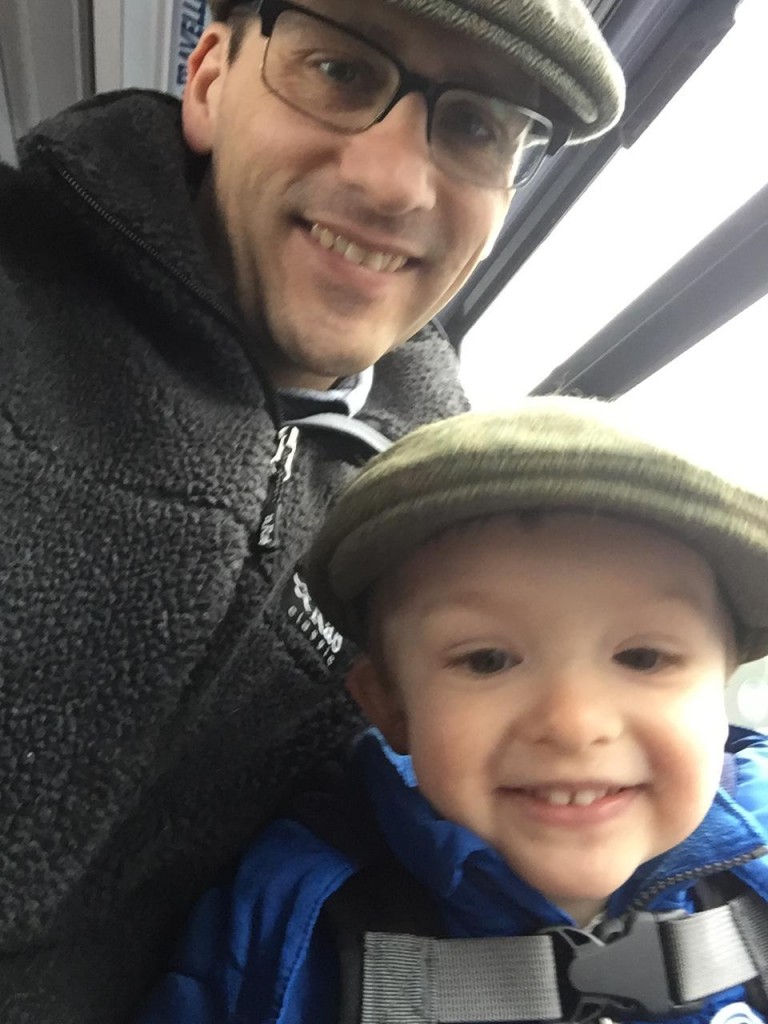 On the bus into Leeds

Once in Leeds, we took a train up to York which of course is just next door to the National Railway Museum – in fact it’s got its own exit out of the station around the back to the entrance – handy!! 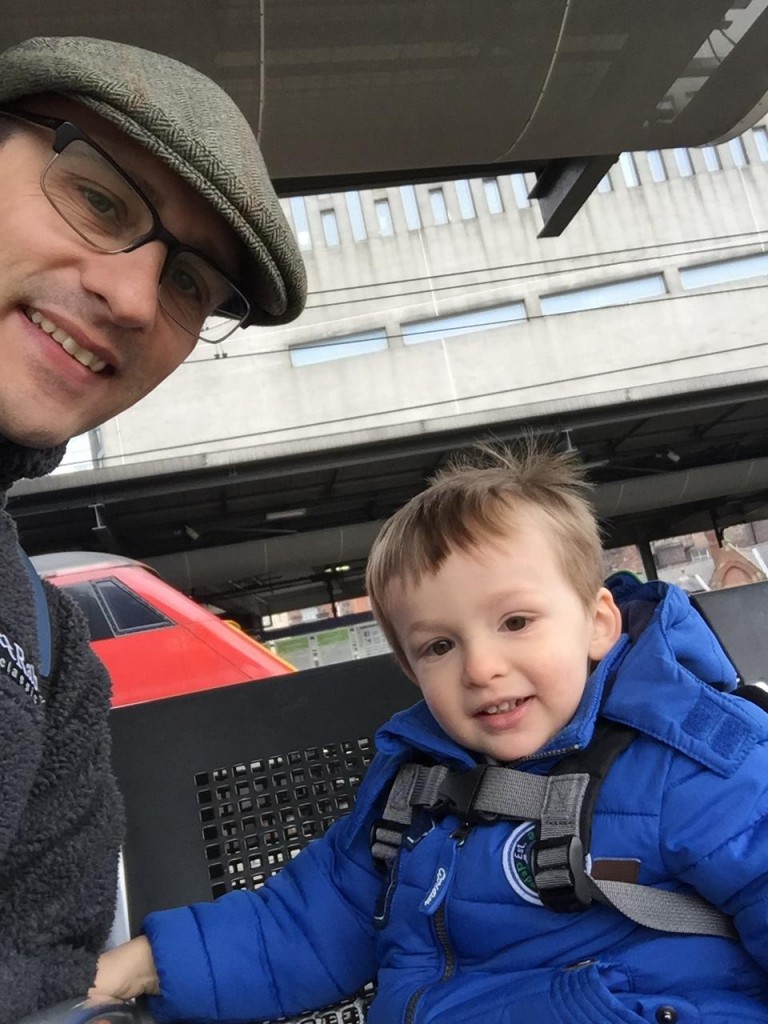 Waiting on the platform at Leeds 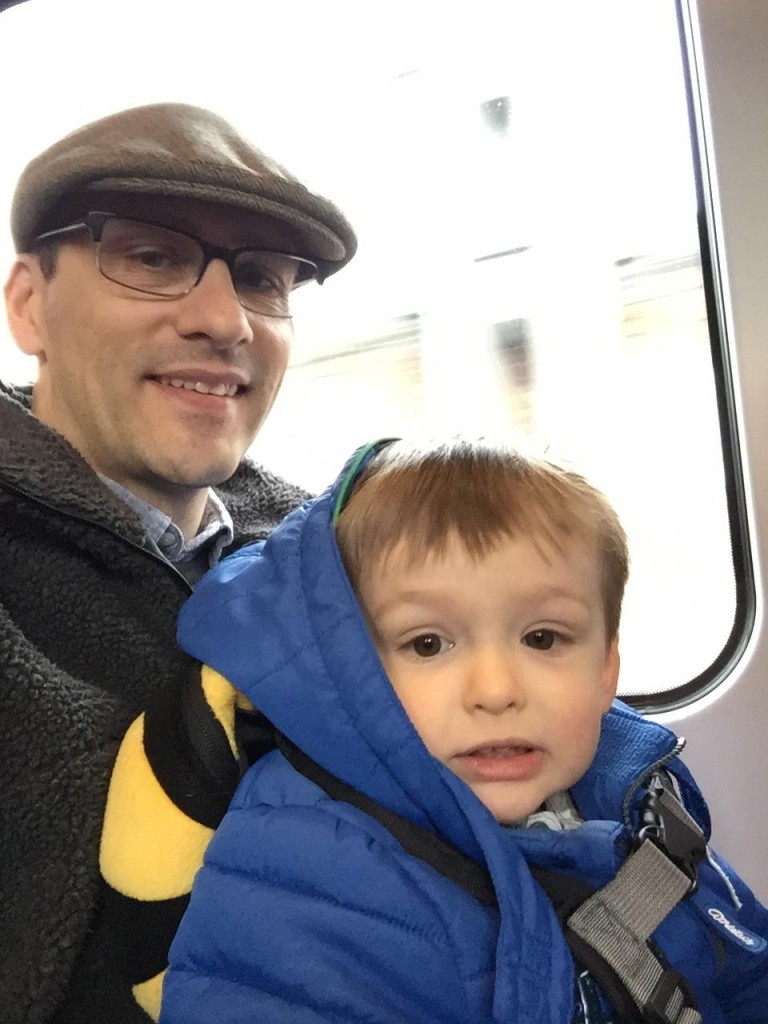 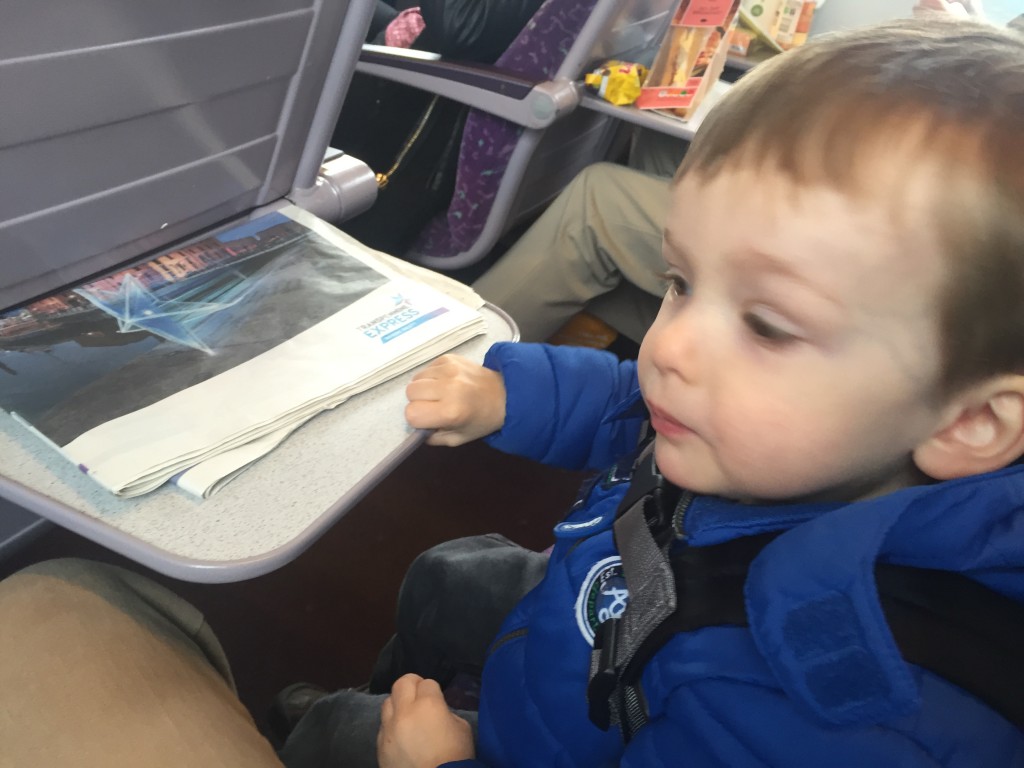 We arrived at the museum around 15 minutes after opening so rushed straight to the Great Hall to see if we could get a chance of going on board. We did! They were letting people on in groups of 6-8 people and a chap was giving a little talk while we were on. The cabin is surprisingly big and of course with it being a fully operational steam train restored to run on the main line, it was in prime condition and ashes were still in the firebox from its last outing not too long before. I was surprised how massive the tender is. One kind family offered to take a picture of Thomas and me in the cabin. 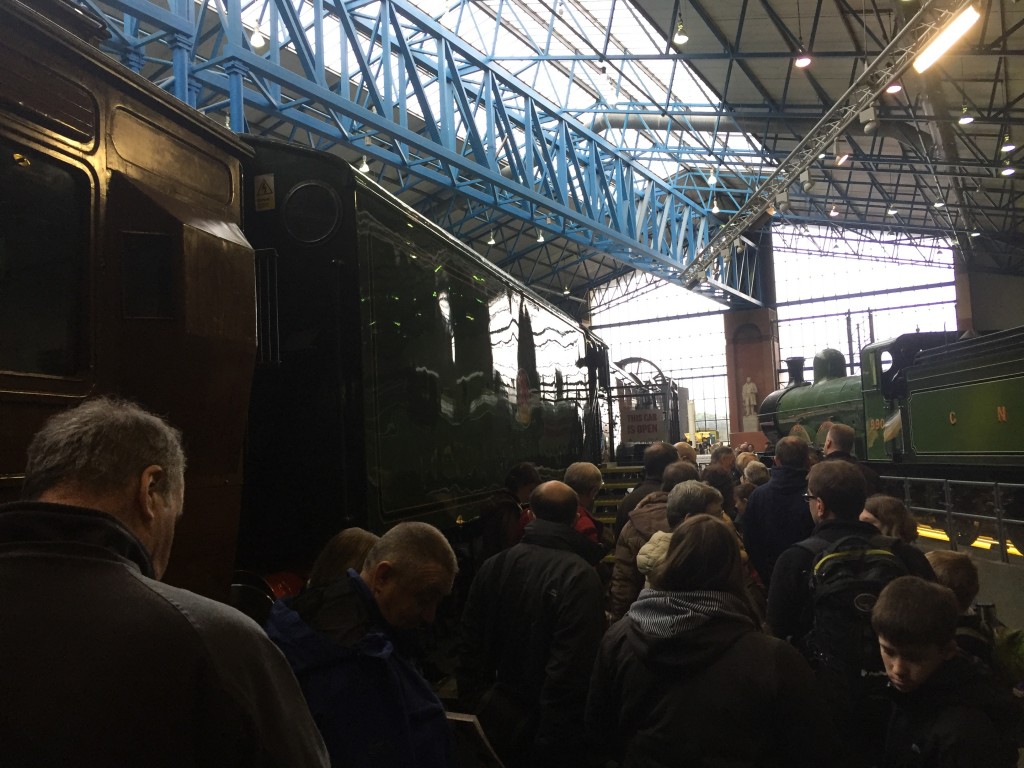 The queue when we arrived – after a short while it was around the whole train! 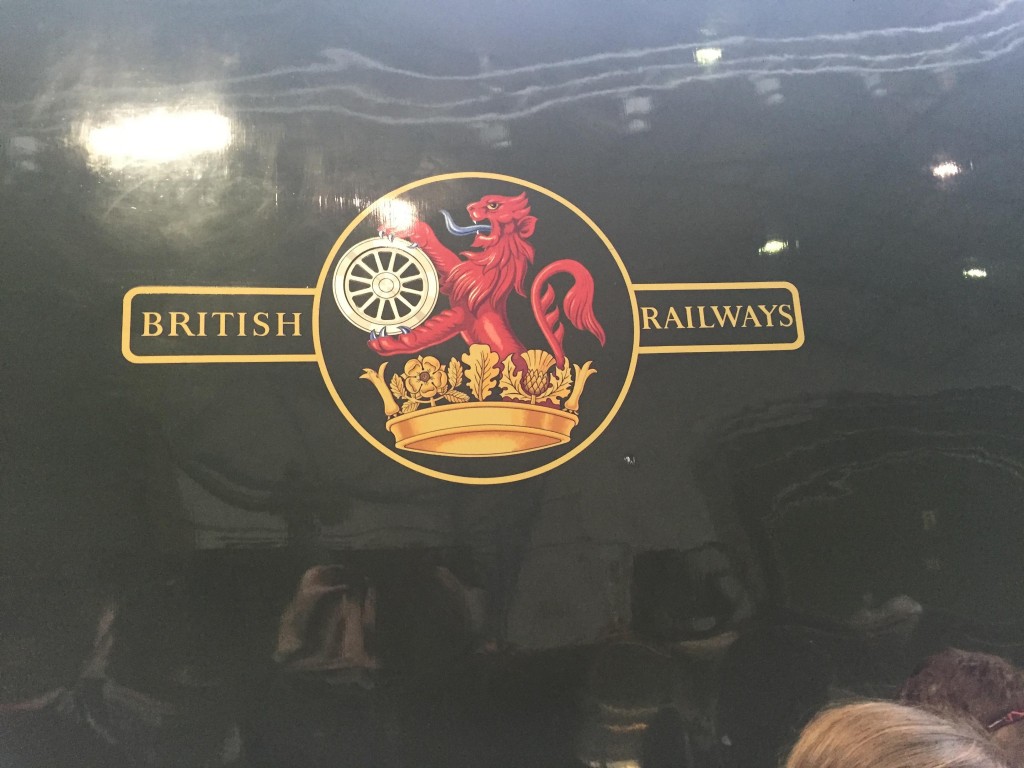 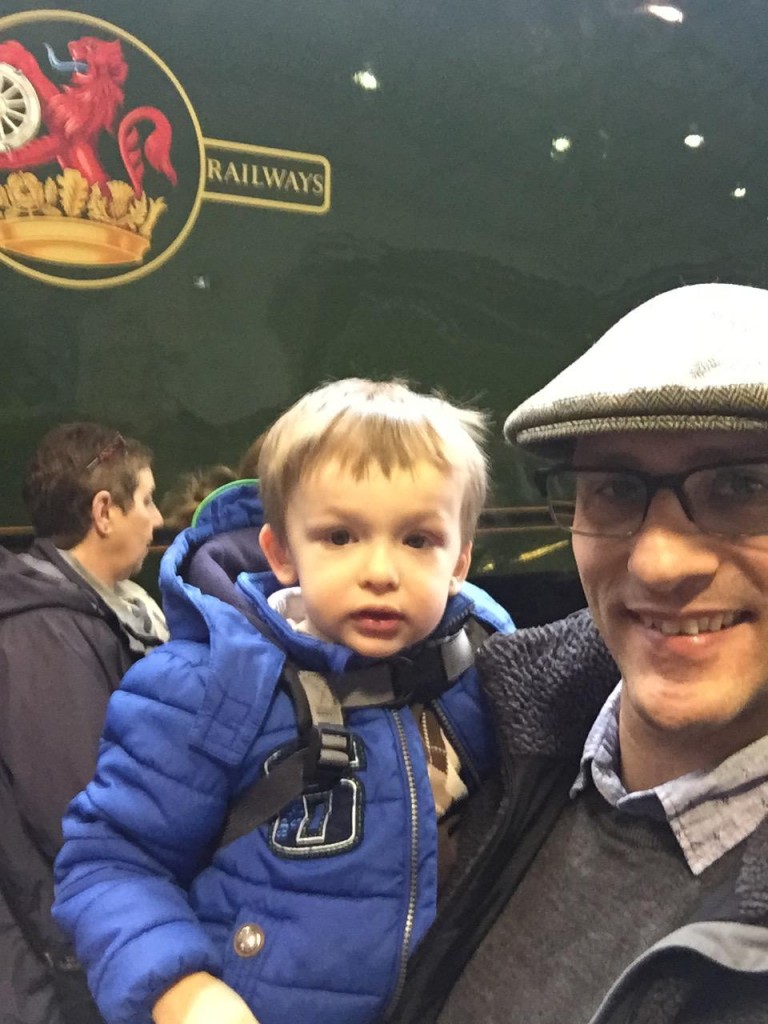 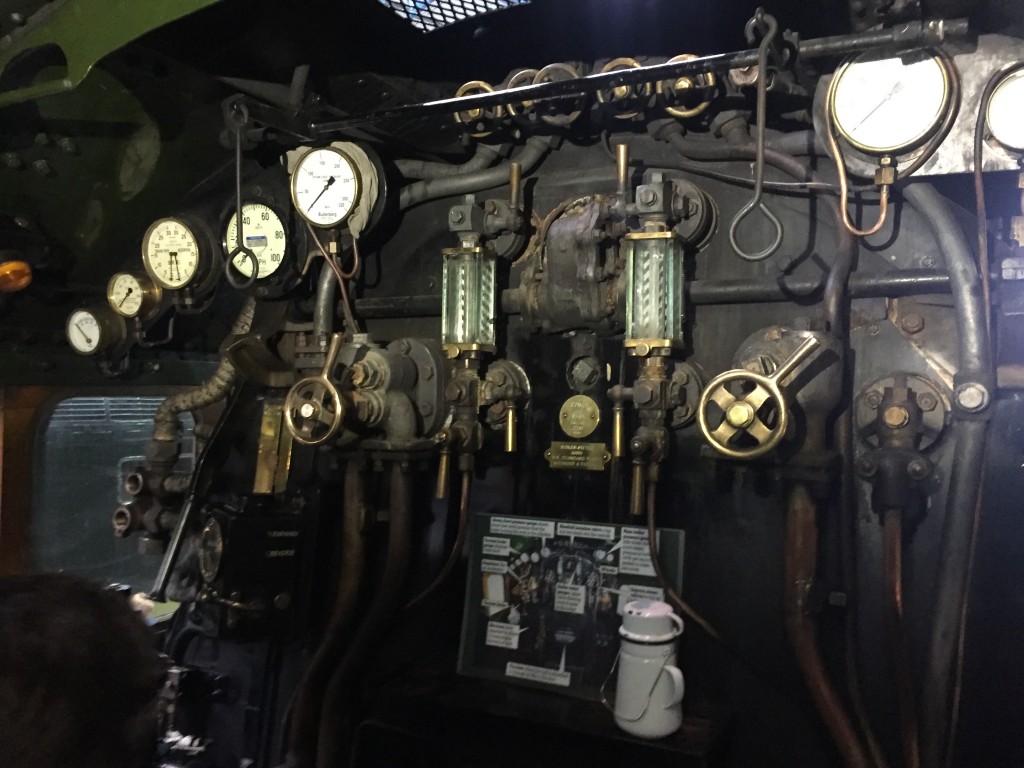 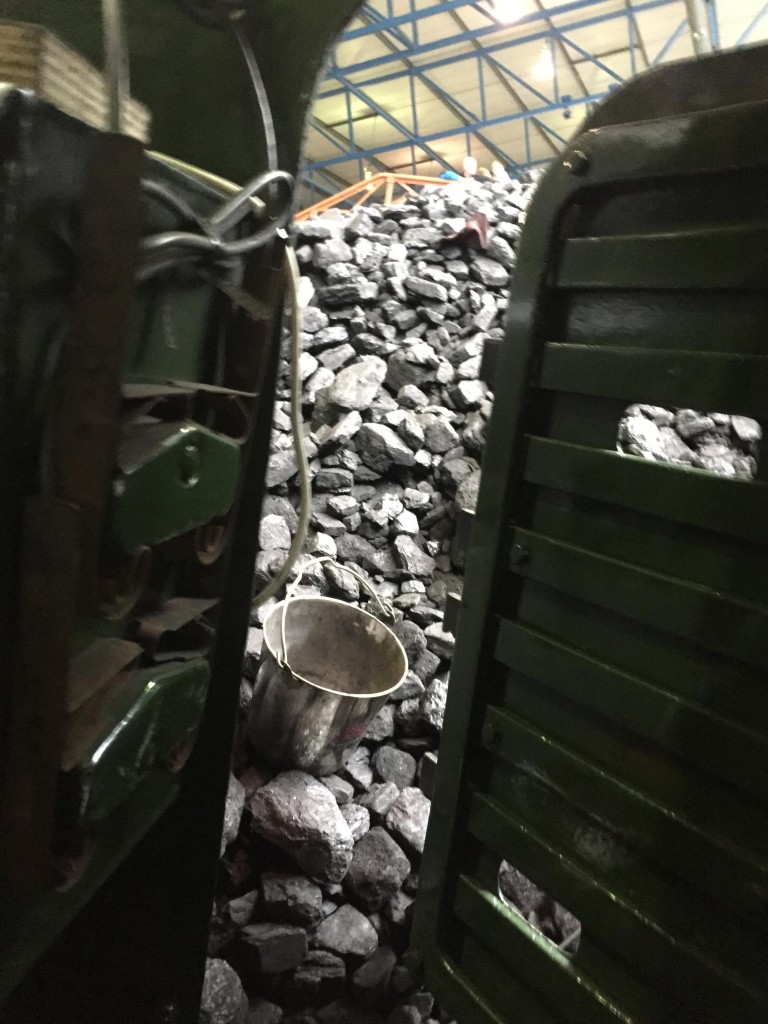 Looking from the cabin into the tender 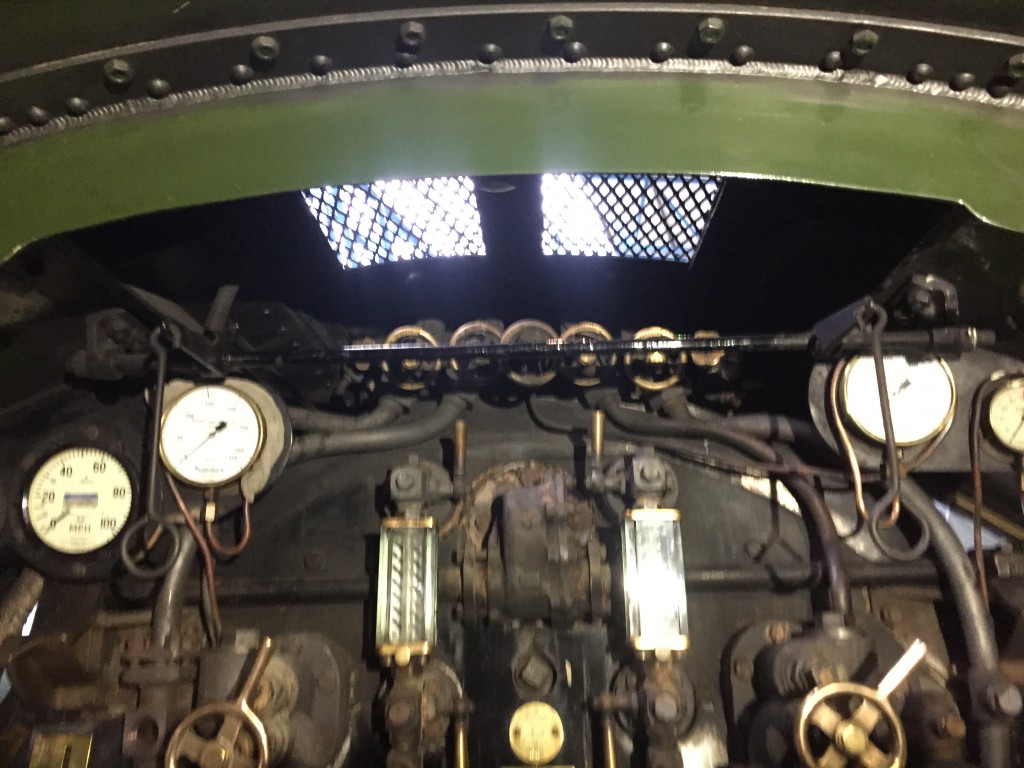 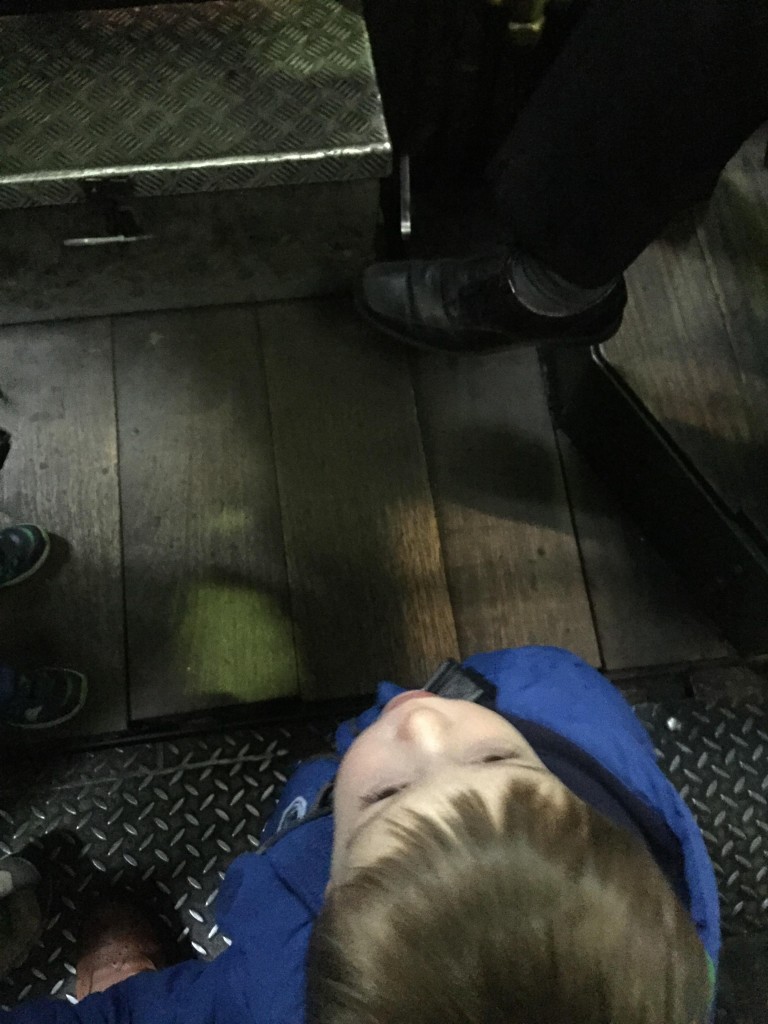 It was big for a little Thomas! 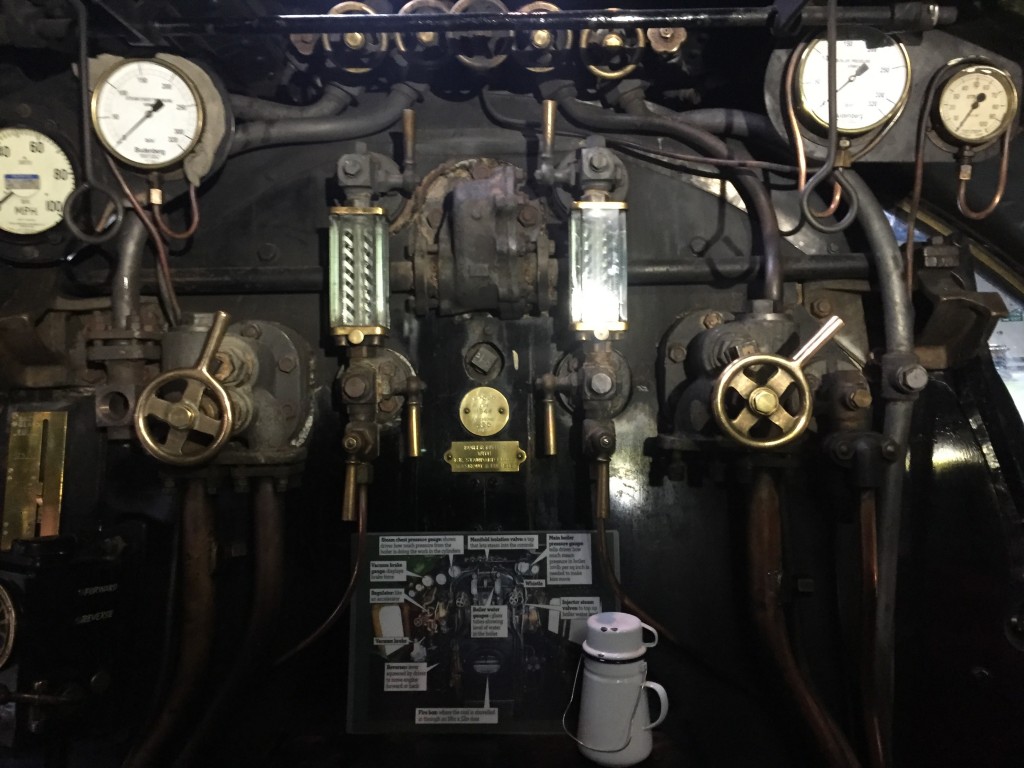 The controls – rather complicated looking! 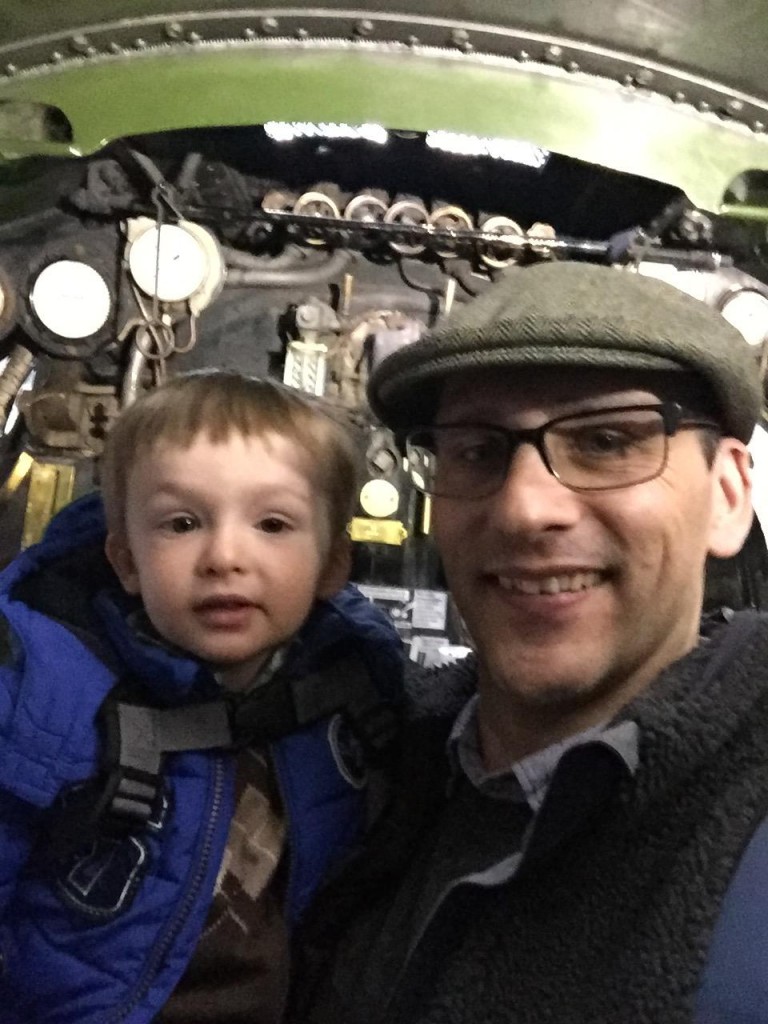 Selfie in front of the controls.

Selfie in front of the tender. 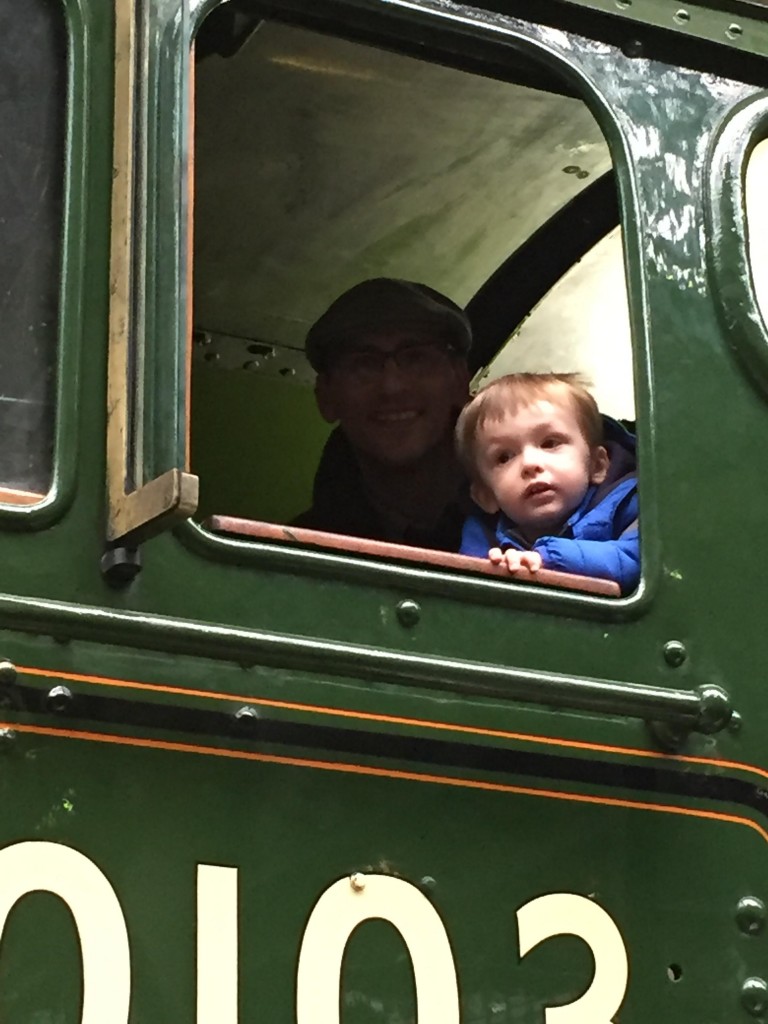 In the driver’s seat. 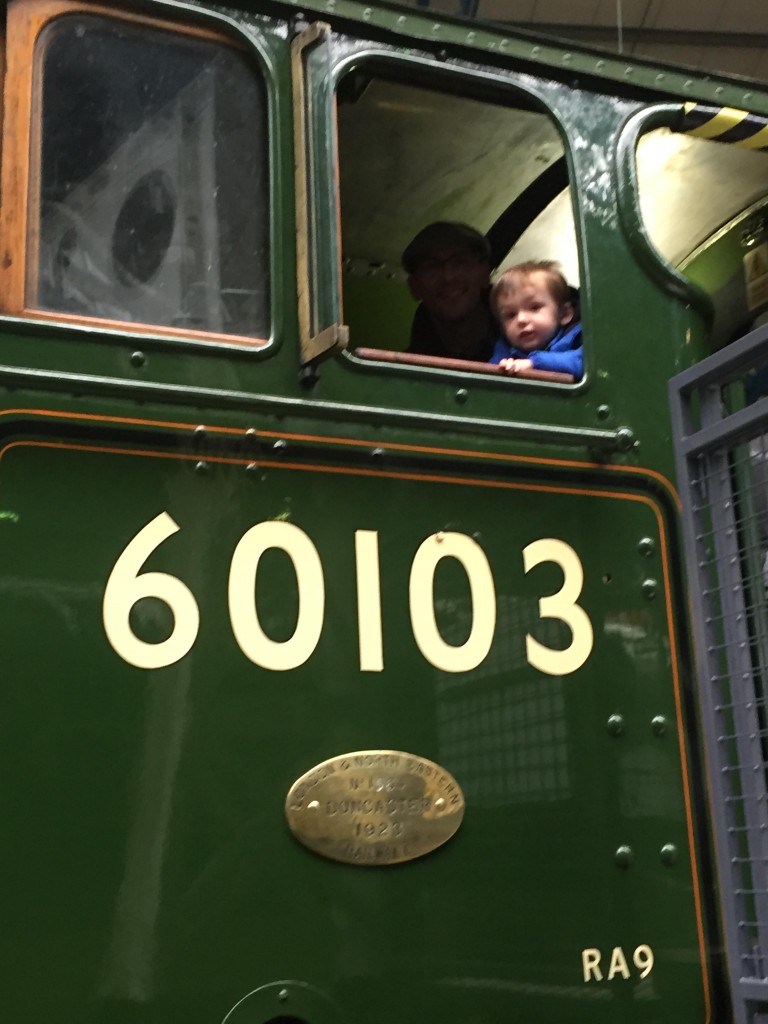 Proof – 60103. Daddy looking a little ghostly while Thomas sat in the driver’s seat.

Outside the Flying Scotsman 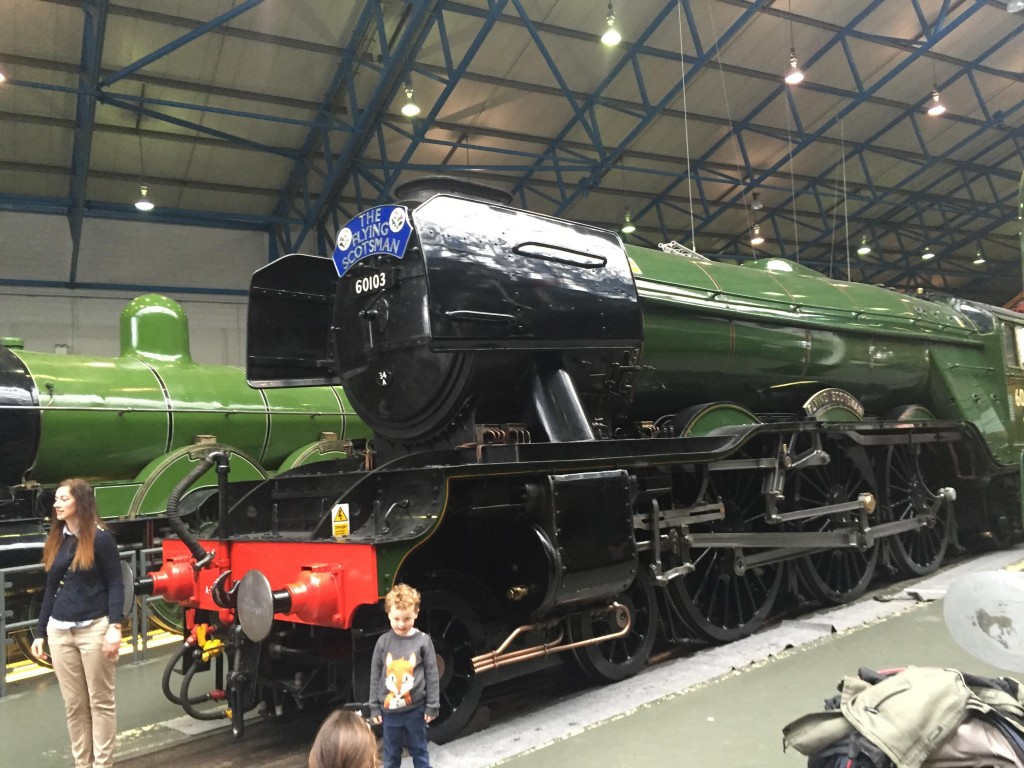 The Flying Scotsman – still in one piece after Thomas and Daddy were on board!

After we’d been on, we had a good wander around the other ‘choo-choos’ and had our picnic outside. Thomas particularly liked one of the royal trains with the bath, toilet, bed and full three piece suite in!

Once we’d finished (and possibly purchased the odd Flying Scotsman souvenir) we wandered back to the station, had a coffee and returned to Leeds on the train. We then had a treat to go on the top deck of the bus on the way back to the car at Elland Road (boooo!) 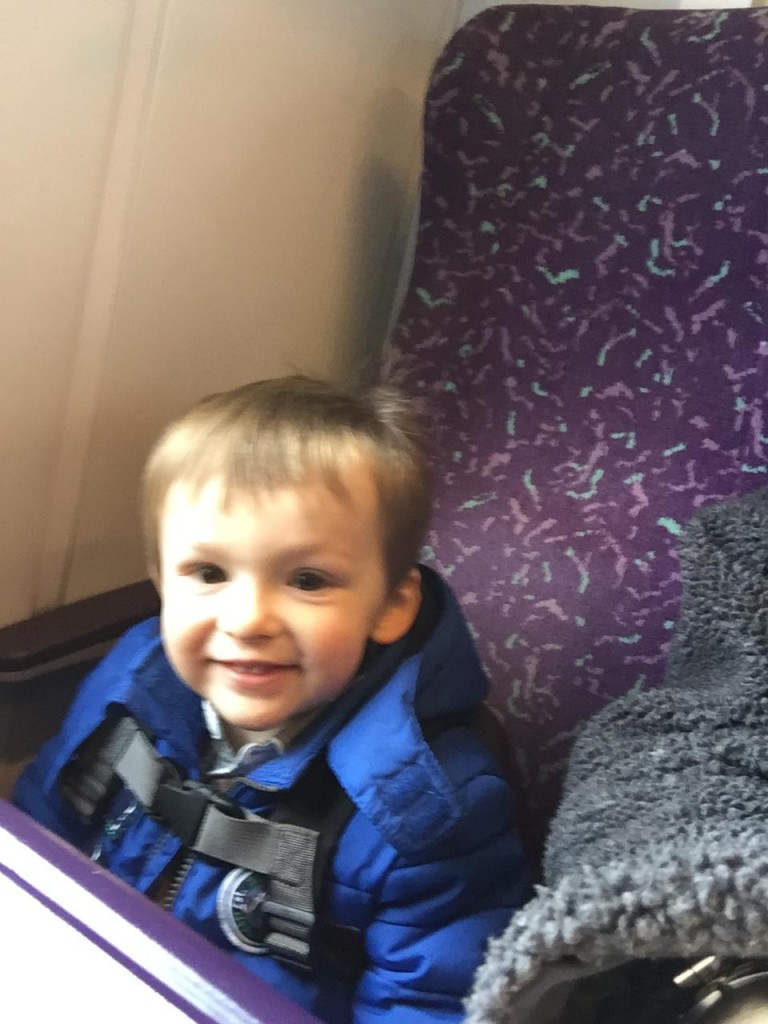 Reyt posh Thomas and me, had a table on the way back!! 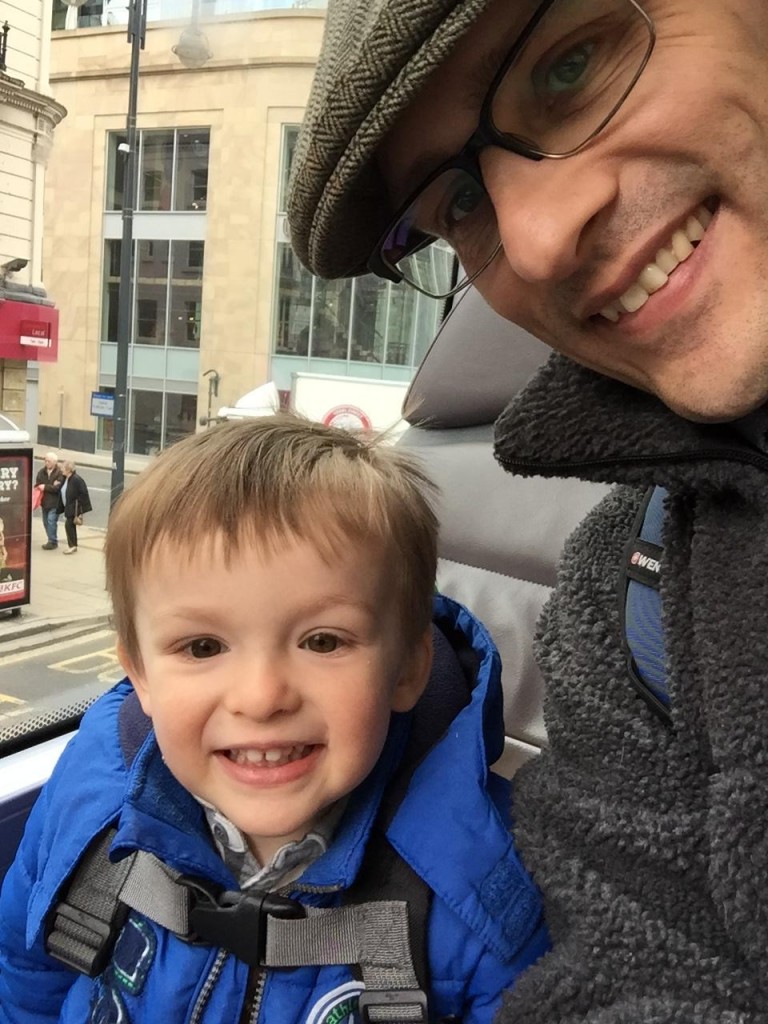 Top deck of the buuuuuus!!!