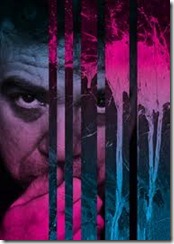 Last night we had the privilege of being at the British premiere of The Portrait by Weinberg. It was written in 1980, but Weinberg has been forgotten very quickly with the political turmoil of the Soviet Union in the Eighties going into the Nineties.

The Portrait is the tale of a penniless artist who has always wanted to paint his Psyche, a beautiful model who lives in his head, which will be his artistic masterpiece. One day, he obtains a Portrait which others hate and he has issues with himself. The Portrait suddenly gives up its secrets, which is a fortune.

Suddenly the artist is rich, can open a studio in a fashionable area and with an agent, many famous and wonderfully realised people by the costume designer come for their portraits done by him. He has, though, got himself into the position of painting lies; army people in front of big battles looking heroic etc.

Eventually he realises that this isn’t art, and he’s sold his artistic integrity to these lies and money, and that Psyche, will not be having her portrait completed. He sinks into madness as he ages and eventually his time is up.

Weinberg is being seen as the third great Russian (though he was actually Polish, and moved to Russia due to the war) composer after Prokofiev and Shostakovich. His music is wonderfully melodic and the way the music blended in with the singing was stunning. He uses the orchestra as an integral part of the opera and not just as an accompaniment.

The design and direction of the opera was quite stunning. From the opening character winched across the stage in a suit which lit up, through a stunning nightmare scene, and the final mad scene where Psyche is using a camcorder as a close-up of the artist and the image is projected on the back of the stage, the whole thing was stunning.

As my first foray into this type of Russian opera I was blown away. A review in the Telegraph said he found it tedious, not the production but the opera itself. I thought the whole think intriguing as the artist sinks, fighting against the establishment he finds himself in.

These are some videos Opera North had put on their YouTube site about the production.