Home » Music » The Turn of the Screw, Opera North

The Turn of the Screw, Opera North 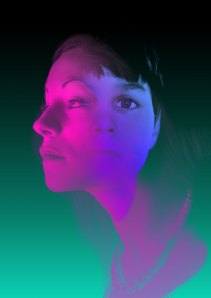 Tonight was the première of a new production of Benjamin Britten’s The Turn of the Screw. It was as usual the excellent Opera North with Richard Farnes (Musical Director) conducting the small chamber opera for this ghostly tale.

The opera is based, virtually identically, after the book by Henry James and was first performed in 1954 with the  composer conducting. With it being more modern, the music is more challenging but perfectly fits the ghostly and psychological matter of the storyline. The story involves a Governess of two children trying to protect them, especially the boy Miles, from evil doings in the house – or is she? – which is the twist as to whether the evil is actually present or not.

The cast included a thirteen year old playing the part of Miles, James Micklethwaite (good Yorkshire name!) who was fantastic. To sing and act to such difficult music as Britten is an immense achievement. The whole cast was excellent and the setting was definitely atmospheric and there were certainly scary moments. Lighting was used to great effect.

From the Opera North web site:

In a remote country house, a governess fights to protect two children from malign spirits.  But are these spirits real or the product of a fevered imagination?  And what evil occurred before the governess’s arrival?
Benjamin Britten’s psychological thriller is based on the chilling story of the same name by Henry James.  Soprano Elizabeth Atherton, who recently sang in Opera North’s Cosi fan tutte, returns to sing the central role of the Governess, widely acknowledged to be one of Britten’s greatest female creations.
A talented young creative team make their Opera North debuts, led by Alessandro Talevi, who co-founded and was Artistic Director for Independent Opera at Sadler’s Wells. Opera North’s acclaimed Music Director Richard Farnes conducts.
Prepare for an experience that will have you gripping your seat from first note to last.
Rather glad it was light heading back to the car . . .