It’s been over a week since going to see this revival production, but here’s a review!

The setting was 1950s Paris instead of 1830s Paris. The advantage of La Boheme is that it would fit in any era from 1830 to the present day. However the 1950s seems so appropriate. A group of young artists, painters and writers trying to make ends meet with the promise of one magic piece of work to bring fame and fortune. The setting and look of the student accommodation fits the bill for this; damp and squalid.

The main singers were all superb, although the Turkish tenor Bülent Bezdüz was oddly quieter than the rest of the cast. The emotion in his voice was great and his final cry when Mimi dies went right through everybody in the theatre, it was if he’d been waiting the whole first three acts in preparation for the fourth!

Mimi, a poor girl who makes flowers from material, was sung by Anne Sophie Duprels. She starred for Opera North in Madama Butterfly last year and was again excellent. Her deterioration throughout the opera was very moving and added to the final drama.

The supporting couple of Musetta and Marcello (Sarah Fox and Marcin Bronikowski) were also excellent and very well cast. Bronikowski was probably the best Marcello I’d seen, he was visibly affected by Musetta’s presence, even down to his obsessive painting in act 4 (Andy Warhol style pictures pinned up all over the flat). Sarah Fox was born in Giggleswick so was a very welcome local addition to the cast. This aside she played a touching Musetta but firmly living a sordid life in downtown nightclubs.
as 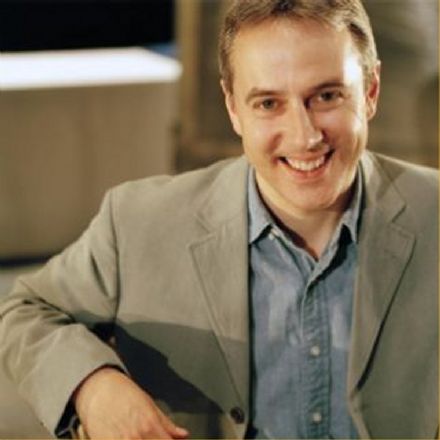 As is now very usual with Opera North, the orchestra was amazing! They must be one of the best in the country and led by Richard Farnes they are at the top of their game. How such a famous opera sounds so fresh and moving is testimony to Farnes’ grasp of the music (last season’s Don Carlos was another triumphant piece of work).

La Boheme is so famous and loved, that seeing it live for the first time made me nervous – would it be as good? No fear, it was a triumph, and I feel so lucky that we have Opera North so close to us.