An outing for us to Nostell Priory is hardly a rare thing, but there are two main issues to report from there today. The first is the long-awaited opening of the new cafe in the courtyard complex. This complex has been in development for at least two years and the previous cafe was a small, squashed-in affair. The new one is excellent, with cracking scones, and we’re looking forward to the rest of the complex opening later in the spring. 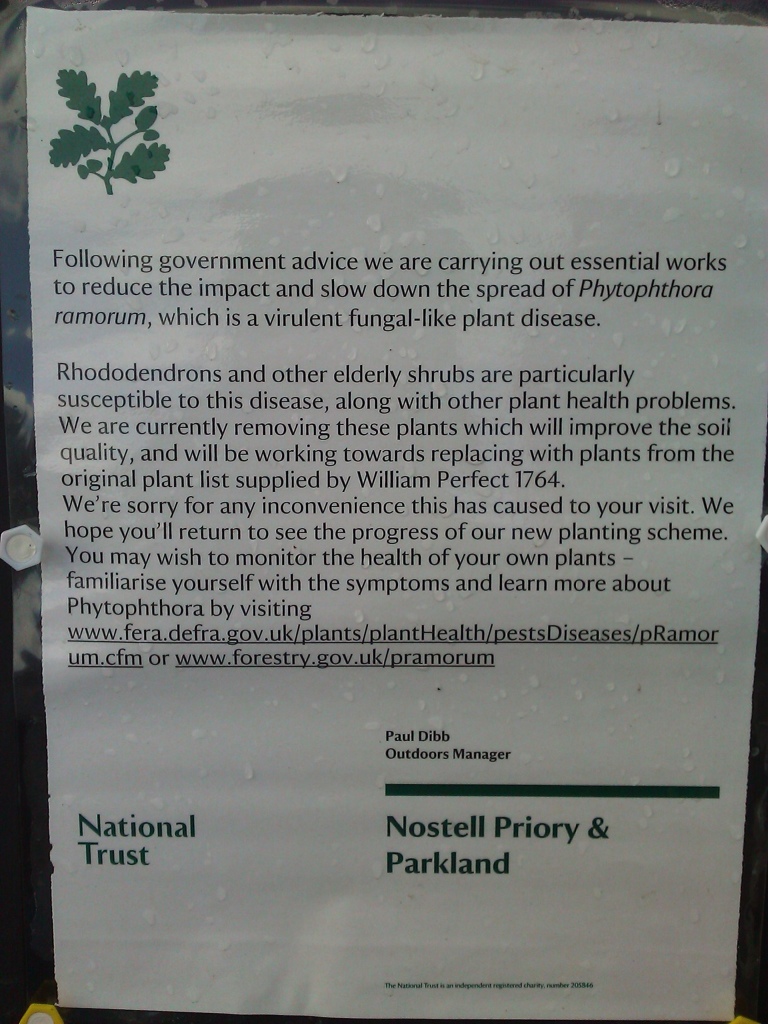 The second issue is rather more serious. The gardens behind Nostell Priory have been famous for their amazing display of rhododendrons in late spring and early summer. There were masses of them, of many different varieties and colours. Note the word ‘were’. We were met on our way around the lake with this notice, click on it for a bigger version.

The landscape of the gardens has been entirely transformed. Instead of enclosed paths, with rhododendrons on either side, clear woodland paths have been formed. Where there were once glades of evergreen, mulched down clippings, and remnants of fires are now present.

This, it has to be said, was rather a shock! I suppose the person who had to make the decision to do this felt awful but it seems that Nostell would have become a breeding ground for this fungus. At least there is a positive in that we will be able to see the new garden arrive over the coming years, and see what it would have been like in the 18th century. 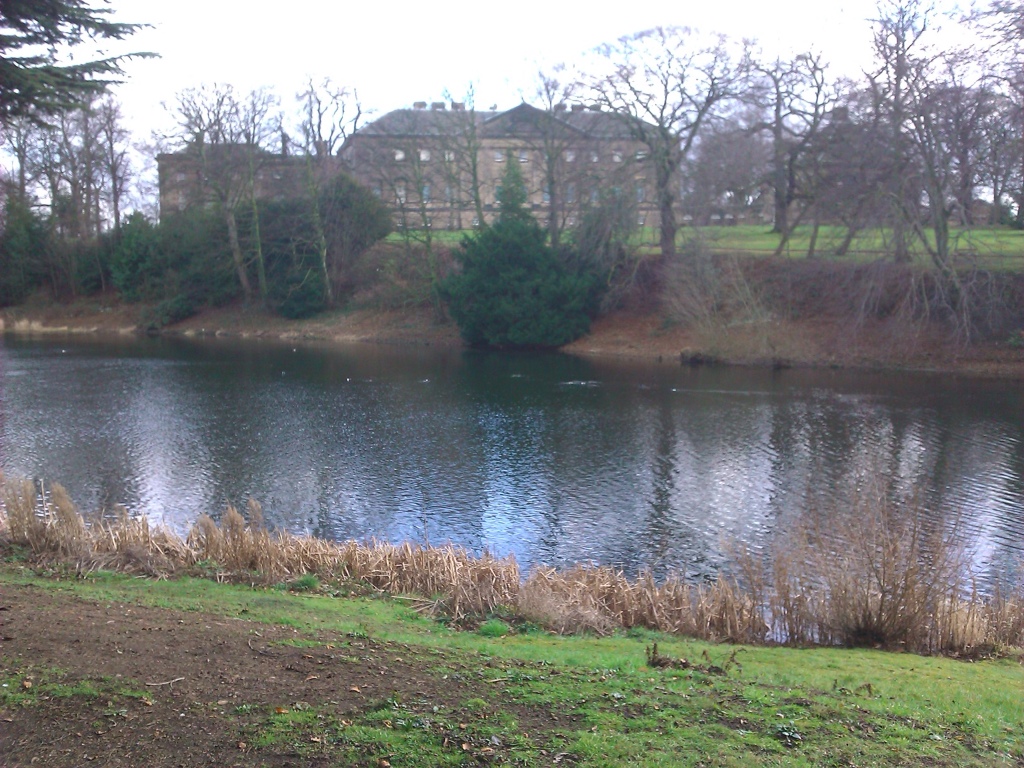 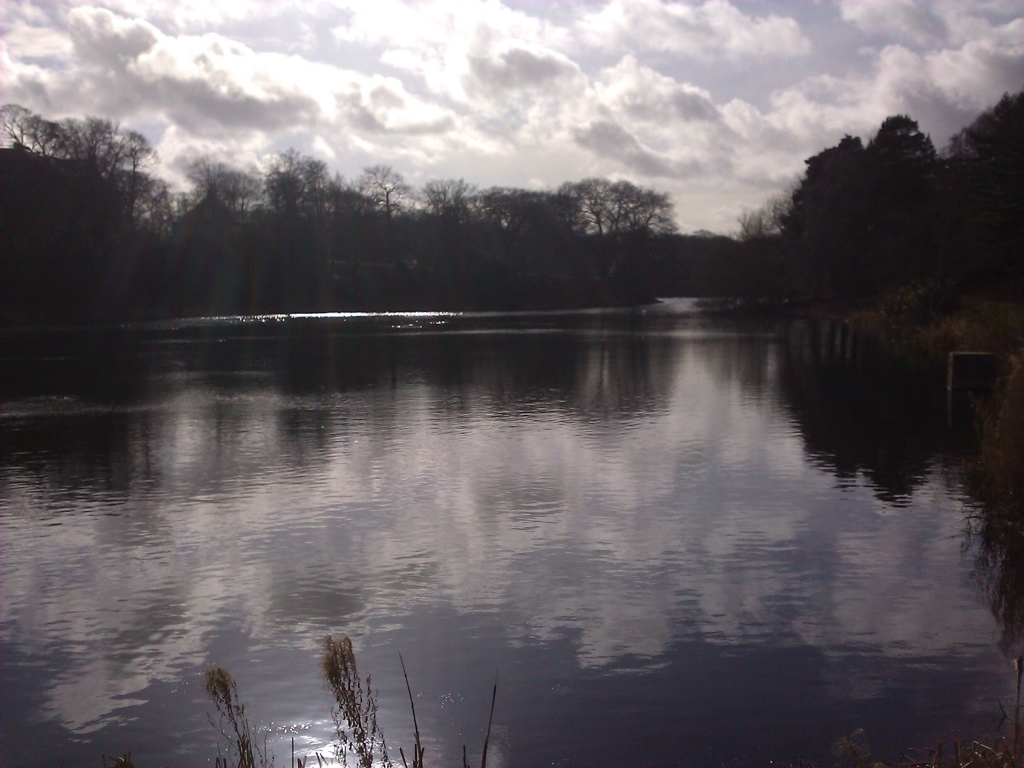